Almost everything will work again if you unplug it for a few minutes, including you. – Anna Lamot

So many things are possible just as long as you don’t know they’re impossible. – Norton Juster

It does not do to dwell on dreams and forget to live. – J. K. Rowling

This is the true joy in life, being used for a purpose recognized by yourself as a mighty one, being a true force of Nature instead of  feverish little clod of ailments and grievances complaining that the world will not devote itself to making you happy….I want to be thoroughly used up when I die. For the harder I work, the more I live. I rejoice in life for its own sake. Life is no brief candle for me. Its a sort of splendid torch which I’ve got to hold up for the moment and I want to make it burn as brightly as possible before handing it on to future generations. – George Bernard Shaw

Just because everything is different doesn’t mean anything has changed. – Irene Peter

How people treat you is their karma; how you react is yours. – Wayne Dyer

No matter how fast light travels, it finds the darkness is always there first. – Terry Pratchett

A peaceful place, so it looks from space. A closer look reveals the human race. – Jerry Garcia

Every time I find the meaning of life, they change it. – Anonymous

The best way to be boring is to leave nothing out. – Voltaire

The peoples and the circumstances around me do not make me what I am, they reveal who I am. — Laura Schlessinger

Prejudices are what fools use for a reason. —Voltaire

If you don’t stand for something you will fall for anything. —Malcom X

Don’t be afraid to give up the good for the great. —Kenny Rogers

Life is not fair. Get used to it. – Bill Gates

When I do good I feel good, when I do bad I feel bad. That’s my religion. – Abraham Linclon

One day you find, 10 years have got behind you. No one told you when to run, you missed the starting gun. – Pink Floyd

Those who say it cannot be done should not interrupt the people doing it. —Chinese Proverb

No man should escape our universities without knowing how little he knows. – J. Robert Oppenheimer

Instead of cursing the darkness, light a candle. —Benjamin Franklin

The refinement of techniques for the prompt discovery of error serves as well as any other  as a hallmark of what we mean by science.  —J. Robert Oppenheimer

Distrust and caution are the parents of security. —Benjamin Franklin

The art of war is simple enough. Find out where your enemy is. Get at him as soon as you can. Strike him as hard as you can, and keep moving on.  – Ulysses S. Grant

Three may keep a secret, if two of them are dead. —Benjamin Franklin

Success is a lousy teacher. It seduces smart people into thinking they can’t lose.  —Bill gates

Be not afraid of growing slowly, be afraid only of standing still. —Chinese Proverb

He who strikes the first blow admits he’s lost the argument. —Chinese Proverb

Blaming your faults on your nature does not change the nature of your faults. —Indian Proverb

Leadership is the art of getting someone else to do something you want done because he wants to do it. —Dwight Eisenhower

Fear not death for the sooner we die, the longer we shall be immortal. —Benjamin Franklin

Oh, how a small portion of earth will hold us when we are dead, who ambitiously seek after the whole world while we are living! —Shiv Khera

One becomes a good writer not by learning additional vocabulary words but by finding something to say. – The Programming Contest Training Manual

The trick to successful programming is not abandoning style, but using one appropriate to the scale of the job. – The Programming Contest Training Manual

The sign of a mature professional is keeping the simple jobs simple. – The Programming Contest Training Manual

Plans are nothing; planning is everything. —Dwight Eisenhower

A proper password is like pornography. You can’t tell what it is, but you know it when you see it. – Introduction to Cryptography

Every heart sings a song, incomplete, until another heart whispers back. – Plato 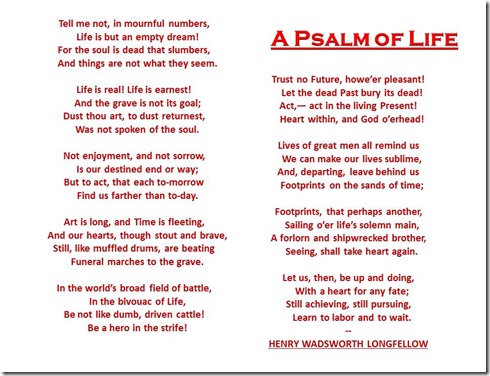 I have seen enough of one war never to wish to see another. – Thomas Jefferson

Nearly all men can stand adversity, but if you want to test a man’s character, give him power. – Abraham Lincoln

An eye for an eye only ends up making the whole world blind. – Mahatma Gandhi

A positive attitude may not solve all your problems, but it will annoy enough people to make it worth the effort. –  Herm Albright

It is often safer to be in chains than to be free. – Franz Kafka

I am in competition with myself and I’m losing. – Roger Waters

Its not bragging if you can back it up. – Muhammad Ali

Never allow someone to be your priority while allowing yourself to be their option. – Anonymous

Life’s disappointments are harder to take when you don’t know any swear words.  – Calvin & Hobbes

Don’t get too comfortable with who you are at any given time – you may miss the opportunity to become who you want to be. – Jon Bon Jovi

When you want to fool the world, tell the truth. – Otto Von Bismarck